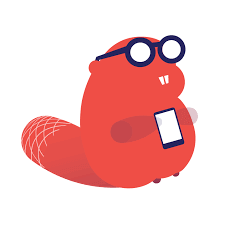 Thunkable is a drag and drop native mobile app builder for iOS, Android as well as for web apps. I personally have not built with it. However, we have a very experienced Maker that I respect a lot Drew Thomas who has and we are fortunate enough for him to share his thoughts on what he learned while building with it.

High level recommendation is use this for the most complex builds and projects that you have in mind. It is much more heavy of a lift to learn but with that comes greater complexity that you can build with. For example it has greater power and ability to connect with API’s than Adalo.

Below you can see actual Maker products and “In their words” Makers who launched using Adalo as part of the side project stack.

Drew Thomas: **
**Native Mobile App – Read Drew’s full interview of what he learned
Yesterdays Weather is a native mobile app and a web app that tells you today’s weather in terms of yesterday’s. So it might say, “Today, it’s 3 degrees cooler than yesterday, but there’s less wind.�?

I’m usually careful to not brag about short build times. Any real business or worthwhile project is a marathon, not a sprint. In this case, I just wanted to illustrate the contrast with writing code, where each of those would take weeks.

Read more about what Drew learned from his app getting rejected by the App store, what his experience was launching an app for money, and more.